An open-world action-adventure Star Wars game is something I’ve looked forward to since The Force Unleashed. Let me say, Jedi: Fallen Order does not disappoint. It has an engaging story with memorable characters and quality game play. There's some major call backs to the prequel movies and even The Clone Wars TV series which was really cool for them to have included. The Inquisitor villains are especially neat, and they’re not even originally made for the game. Second Sister and Ninth Sister were made for the Vader comic series and included in the game. The game also includes customizations, ranging from lightsabers to clothing and ship designs. I recommend this to anyone who is a big Star Wars fan, or as an introduction into Star Wars.

Sekiro: Shadows Die Twice is the latest game in From Software's Soulsborne franchise (Soulsbornetwice now?), a franchise so good that it spawned a new genre which I'm particularly fond of. The game puts heavier emphasis on stealth, vertical traversal and parrying than its contemporaries, and the parry-centric combat in particular makes this the most skill-based game among them all. A delight to play with great bosses and excellent combat variety. The world-building is good as ever with a rich lore to explore, though as usual the overt plot and the characters that are more NPC than character detracts somewhat. The Sengoku period of Japan with mythological elements is presented beautifully here with picturesque vistas and vivid color schemes. Recommended to any fan of soulslike action games. Picking this years game was hard due to me not having played many games this year. But then Kingdom Hearts III came to mind. I waited 13 years for this game and waited eagerly the last weeks until release. Revisiting and continuing the story of Kingdom Hearts brought back the memories of the first games and also the confusion it brought. With the story I also got to meet Sora, Donald & Goofy again. They have always been an amazing and fun trio of heroes throughout the series and they kept that chemistry in the third game. But Kingdom Hearts has one unique part which brought me in 17 years ago with the first game, and that is the worlds of Disney. I might be a gamer for the most part but Disney is an equal big part of me and being able to run around in Andy’s room while talking to Woody & Buzz, run around with Rapunzel in Tangled or finally explore parts of Hercules world made this game so much more enjoyable than I ever thought it could. Because I enjoyed my time playing I can look past all the shortcomings of the game simply because it didn’t bother me while I was playing, I was having fun. Lastly this is a game I would recommend to anyone who likes Disney. 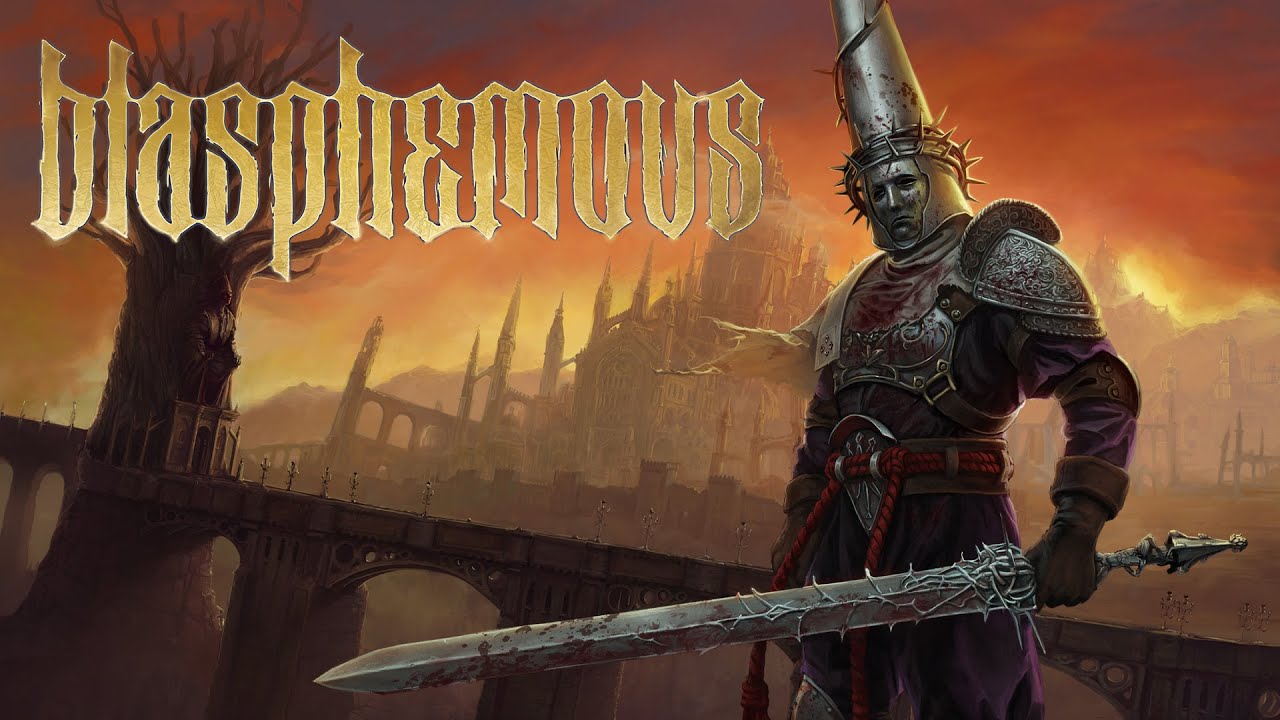 The Game Kitchen, previously known only from a small, independent and minimalist series of point and click games - The Last Door, went on to something more ambitious – Blasphemous. That's why I was quite skeptical about how the studio would handle a souls-like game. But I wasn’t disappointed. The game draws a lot from the Dark Souls series and from its 2D equivalent - Salt and Sanctuary, while it hasn’t lost its original character. The game is difficult, but pleasantly difficult, not annoying, which is sometimes difficult to do at an optimal level. The stages are very complex, interesting and diverse. The fighting system is amazing and satisfying. Additionally, quite an interesting character development was used, completely different compared to other souls-like games, resembling metroidvania games. The audio-visual setting is brilliant as well. The atmosphere is clearly inspired by the dark side of Christianity. To sum everything up, this is my favorite game of 2019 and I would recommend it to anyone who, like me, is a fan of souls-like games.

As a Fire Emblem fan since the days of the GBA titles, I have been looking forward to the release of Three Houses ever since it was announced. While the setting bothered me a bit first, all my doubts were swept away when I finally played the game. Three House managed to suck me in with its great story, interesting characters and fantastic soundtrack, which made me fall in love with this game. The gameplay is some of the best any Fire Emblem can offer, it's enjoyable for both veterans and newcomers. Anyone with a Switch and a love for strategic RPGs should put Three Houses on their wishlist.

December 28, 2019 @ 10:49 am Veilor
@fadingnothing - These are our personal GOTY and also keep in mind we have not played every game released this year.

December 28, 2019 @ 5:49 pm Troop133
As a huge star wars fan, Fallen Order was a great game. It felt like a mix between Assassin's Creed and Sekiro in terms of gameplay. The only problem was that the game ended too short. Haven't played the other games on the list, though. Still, it was a fun read! (it was a bit biased, however, leaning heavily towards souls-like games).