The Legend of Zelda: A Link to the Past & Four Swords

A long time ago in Hyrule, there was a hero who used a legendary sword (which is called "Four Sword") to defeat a sorcerer called Vaati and trapped him into the sword. After the battle, people built a shrine to protect the Four Sword.

Several years later, princess Zelda noticed that Vaati might have escaped from the blade of the Four Sword. She asked Link to come to the Four Sword shrine to check with her. As soon as they came there, Vaati captured Zelda and carried her away.

Some little fairies later told Link that princess Zelda was at Vaati's palace up on the sky. In an attempt to recuse Zelda, Link dragged the Four Sword and it created three more Links! The Links then began their adventure to save Zelda...

Four Swords requires from two to four players. There are five levels (a training level, three main levels and Vaati palace-an unlockable level). During the game, players must collect as many Ruppees as possible while solving puzzles and defeating enemies. When enough Ruppees are collected, the Great Fairy will give the players a key to open the unlockable level. At the end of each level, the one who collects the most Ruppees will be the winner.

When any of the players dies, the number of Ruppees collected will decrease. The more times a Link dies, the more Ruppees are lost. The game is over when there are not enough Ruppees to revive any Link. 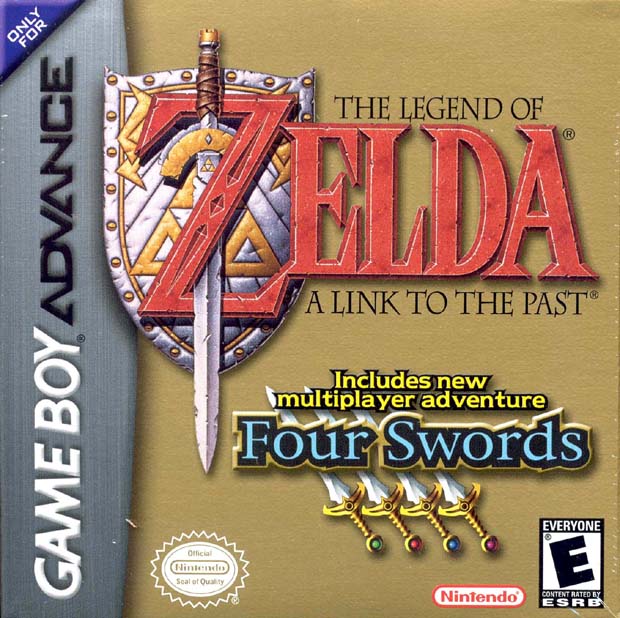