Two puzzling RPG adventures await you! Rescue Princess Peach™ from Bowser™ or defeat the evil group Paradox by battling enemies with the awesome power of orbs. Drag and match orbs, or chain together combos to deal massive blows to your enemies. Then bolster your forces with hundreds of unique monsters in this two-in-one game pack.

In Puzzle & Dragons Super Mario Bros. Edition, you get to travel to different worlds as you assemble a team of Mushroom Kingdom baddies, like Goombas or Koopa Troopas, and recruit much-loved Mario™ characters, including Toad™ and Yoshi™! Or in Puzzle & Dragons Z, battle the 5 powerful sky dragons to rebuild the world and customize your team with a plethora of different monsters. Allies gained in both games have the chance to evolve into more advanced forms and learn powerful new skills. 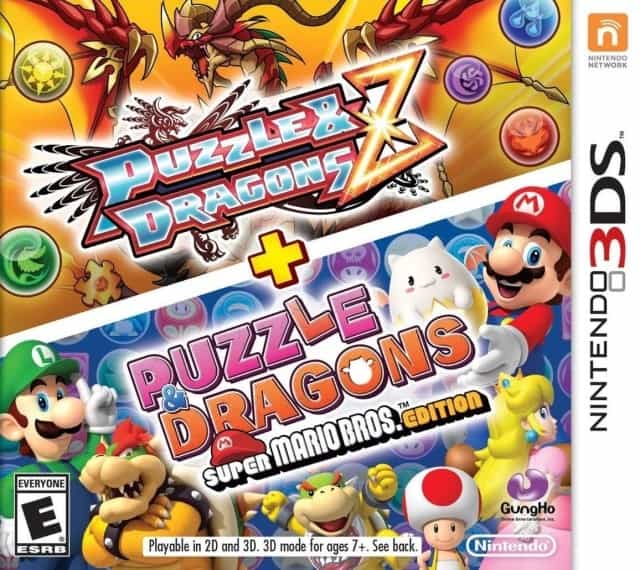