Super Mario Bros. 3 centers on plumbers Mario and Luigi who embark on a quest to save Princess Toadstool and the rulers of seven different kingdoms from the antagonist Bowser and his children, the Koopalings. The player, as Mario or Luigi, is able to defeat enemies by stomping them or using items that bestow magical powers. Mario and Luigi are given a wider range of abilities than in previous Super Mario games, including flying or sliding down slopes. In addition, Super Mario Bros. 3 introduces numerous elements, such as new enemy characters and the use of a world map to transition between levels, that have reappeared in or have influenced subsequent Mario games.

Super Mario Bros. 3 is acclaimed by critics as one of the greatest video games of all time, and was a commercial success upon its release. Super Mario Bros. 3 is the third-best-selling NES game, having sold over 17 million copies worldwide. The popularity of the game also inspired a short-lived animated television series. 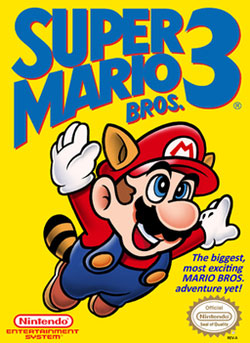