Based on Rowan Atkinson's famed bumbling character and inspired by the 2002 animated series, the player must help Mr. Bean reclaim his beloved Teddy from a mysterious kidnapper.

The Nintendo DS version is similar to the home console versions but with a few differences: The gameplay is from a third-person side-view rather than third-person perspective, the game only allows 1 save file per cartridge, the ransom for cat biscuits has been reduced from 1000 to 450, there are no animated sequences at the start of each level, the slingshot weapon is omitted and the Tennis, Racing and Shooting Range mini-games are all cut. Nevertheless, this version still includes the same gameplay elements such as puzzle-solving (such as pushing crates to activate switches), using weaponry to get past enemies and even collecting special power-ups to help the player during the adventure. The player's statistics for each level are displayed on the Touch Screen, while most of the action takes place on the Top Screen.

Just like the console versions, the player also has the choice to play as Irma Gobb (Mr. Bean's girlfriend and an alternative for female players).

The Nintendo DS stylus mainly supports the jigsaw and whack-a-mole minigames, while the various buttons on the system are used in the gameplay for jumping, reading signs, using weapons and so on. 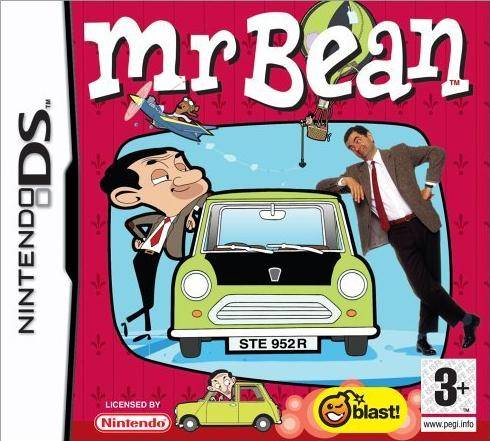