Yuyuki is an adventure game played by choosing from several text commands shown on screen. It resembles its predecessor, Shin Onigashima, in its implementation of the "Change Character" command, usage of traditional Japanese fairytales, and general screen layout and appearance. The story-line is a parody of the Chinese novel Journey to the West, where two main characters, Goku and Chao, embark upon separate journeys to find one another.

In Yuyuki, the "Change Character" command can switch between a maximum of five different characters. However, there are very few points in the game where it can actually be used to such extent. Its main use is to switch between Goku and the others accompanying him. Like Shin Onigashima, the character in use can greatly affect the descriptive text shown on screen, and the significant increase in number of characters allowed for more variety in each scene. It is possible to enjoy the game by viewing the reactions towards choosing completely unrelated characters or commands in certain situations.

While Shin Onigashima demanded rather complex puzzle-solving abilities, Yuyuki mainly focuses on having the player carefully read and understand the story-line. Puzzles are solved easily in this game, and very few choices actually lead to a "game over" screen. Easy trivia questions and simple action gameplay emerge at certain points, and players may find themselves searching for the obvious answer on screen more often than thinking hard to solve the puzzle at hand.

Main changes in gameplay from Shin Onigashima include the implementation of the "Ittaisan" command, which saves progress at any point during the game, and faster animation of game text. The shortening in load time after choosing commands, and an overall decrease in difficulty allowed Yuyuki to run at a much quicker tempo than its predecessor. 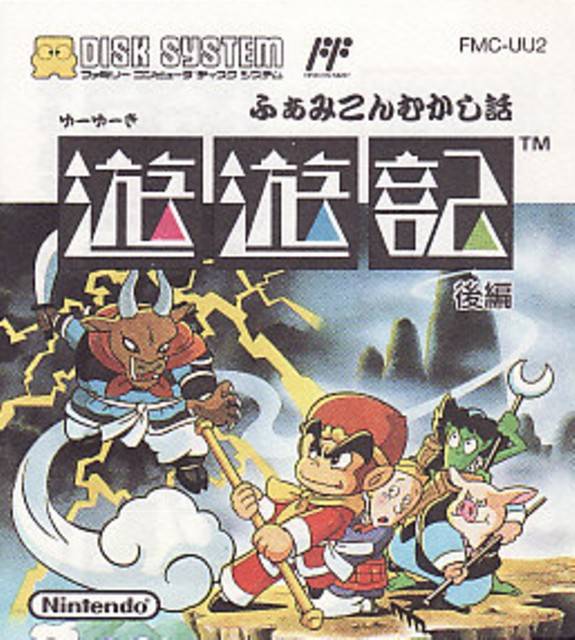