Futari wa Pretty Cure Max Heart - DANZEN! DS de Pretty Cure Chikara wo Awasete Dai Battle is a side-scrolling fighting game in which you guide Cure Black or Cure White through several stages filled with Zakennas. Both characters are active at the same time. The player can select which character to control before starting, the other will be computer-controlled. Two difficulty levels, easy and normal, are available. On easy difficulty, health restoration items are more plentiful, enemies are easier to defeat, and the uncontrolled character is more active. The bosses at the end of every stage are Zakennas also seen in the anime. The enemies are defeated with punches and kicks. Both characters can punch and kick, but Cure Black specializes in rapid punches and Cure White in kick combos. Boss battles are ended with either Marble Screw Max or Extreme Luminario. Hitting enemies slowly fills a heart gauge at the top of the screen. When the gauge is full, a special combined attack together with Shiny Luminous can be performed, which eliminates all Zakennas on screen, or hurts a boss a lot. 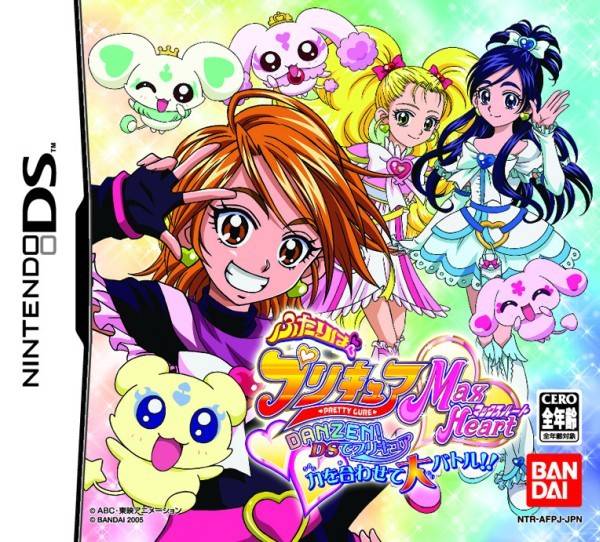