Dragon Age: Origins - Awakening is the first add-on to Dragon Age: Origins. After the death of the Archdemon in the main game, the Dark Spawn have been defeated and driven out of Ferelden. Well, it turns out the victory didn't last long. Those damn demons just relocated to the north and are now threatening the city of Amaranthine and its neighbouring lands. Worse yet, during the six months since their defeat the Dark Spawn got themselves a new leadership: the Mother and the Architect. And those two bred a new kind of Dark Spawn that are actually able to talk. Luckily the player arrives in the nick of time at Vigil's Keep to defend the castle from the Dark Spawn, take over control of the keep and prepare to deal the final blow against the Dark Spawn.

At the beginning of the game, the player has the choice of importing any existing character from a savegame of his choosing. The character neither has to have completed the game nor to have survived the ending. The game will adjust the character at the start moving up to the minimum level of 18 or assume he didn't die at the end. Importing a character will slightly change some dialogues and appearances during the following hours but nothing plot-related or really important. New characters, on the other hand, will start at level 18 and be proclaimed to be Wardens from Orlais who have been sent to take control over the region.

Gameplay-wise, the game remains the same as the original. Using a party with up to three companions, the player talks to people in multiple-choice dialogues to get missions or advance the story, kills monsters in tactical real-time battles, fulfills quests in the five main new areas and earns experience points to level up and gain access to new skills and talents.

To accompany the higher levels the players are now able to reach, 32 talents and spells have been added as well as two new specialisations for each of the three classes including an extra specialisations point being available at level 22 allowing for three specialisations to be chosen. The three new skills include the ability to craft runes. This is especially important since the new armor runes as well as the new high-level runes can not be found or bought anymore. The only way to get them is to make them out of lesser runes.

During the course of the game the player can find up to six new companions, two of each class and one being the dwarf Oghren already known from the main game. As opposed to the original however, the dialogues with the companions are now triggered automatically at specific points in the game-world or at a certain stage in the storyline. Romance-options are also not available anymore. Also new with the add-on: two additional tiers for weapons and armor, additional types of usable items and several kinds of enemies including Darkspawn children. 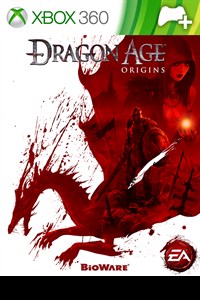