2 Games in 1: The SpongeBob SquarePants Movie / Tak 2: The Staff of Dreams

A compilation of two games

Tak 2: The Staff of Dreams The SpongeBob SquarePants Movie

Tak must learn new Juju magic to recover the Staff of Dreams and defeat Tlaloc once and for all. Now dabbling with new abilities, Tak can create a little Juju magic of his own. As Tak, try to master three new Jujus, expanded combat capabilities, and new weapons as you battle Nightmare creatures. Interact with familiar characters from the series, along with Jibolba's brother, JB. Multiplayer "Dinky" games let you face off in head-to-head action with playable characters from Tak's world.

Someone has stolen King Neptune's crown, and Mr. Krabs is the main suspect. Despite having been passed over for a promotion by Mr. Krabs, SpongeBob and his faithful (but dimwitted) friend Patrick volunteer to make the perilous journey to Shell City to retrieve the crown and save Mr. Krabs' life. Play as SpongeBob or Patrick as they interact with characters from the movie, earn "manliness" points to gain power-ups, and explore vast environments in the "Patty Wagon." 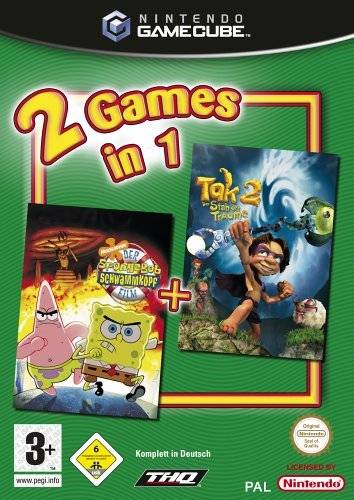