This is a remake of the original Tengai Makyō II game for PC Engine. You control Majinmaru, a young warrior who is chosen by the destiny to rid the ancient world of Jipang from the evil, and the allies he meets on his journey. The game is set in a unique alternative medieval Japan, a world which is mostly based on the European's image of Japan, with deliberately exaggerated characteristics and clichés. The graphics have been completely remade, although the 3D characters were made to look in the style of old 2D RPGs. There are also many animé-style videos who have a distinctly comic look. The battles are fought from first person perspective, and have a fairly standard system of physical attacks and magic. 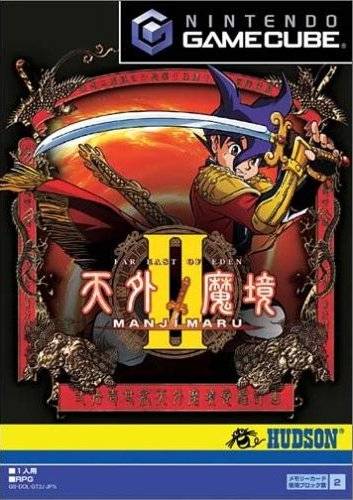