Radical Dreamers: Nusumenai Hōseki is a Japanese video game produced by Square (now Square Enix) in 1996 for the Satellaview add-on for the Nintendo Super Famicom.It is a text-based visual novel in which the player takes the role of Serge, a young adventurer accompanied by Kid, a teen-aged thief, and Gil, a mysterious masked magician.

The game belongs to the Chrono series and is a gaiden, or side story, to the 1995 game Chrono Trigger. It was released to complement its predecessor's plot, and later served as inspiration for Chrono Cross. It features text-based gameplay with minimal graphics and sound effects, and was scored by composer Yasunori Mitsuda.

Radical Dreamers and other Satellaview titles were planned to be released at the Akihabara electronics district of Tokyo. Square also tried to integrate it into the Japanese PlayStation port of Chrono Trigger as an Easter egg. Writer and director Masato Kato halted both releases, unhappy with the quality of his work.Though the game was never officially released abroad, ROM hackers completed an English fan translation in 2003.

Unlike many Satellaview titles, Radical Dreamers was not designed to lock after a certain number of play-throughs, so players owning an 8M Memory Pack onto which the game was downloaded can still play today. Due to the rarity of such 8M Memory Packs, however, the game is one of the most expensive on the Japanese secondary market - listed as 13th most expensive game in Akihabara by Wired Magazine. 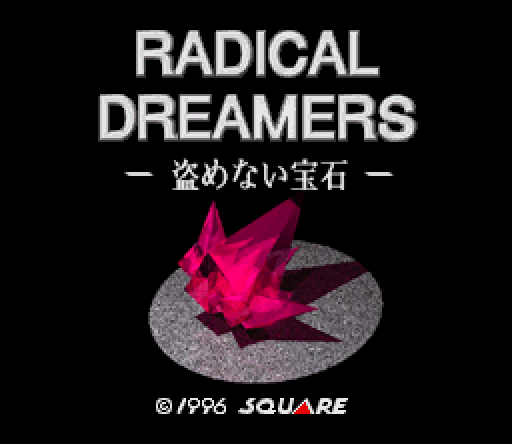