1080° Snowboarding is a snowboard racing game. developed and published by Nintendo for the Nintendo 64 and first released in Japan in February 1998. It was re-released on the Wii's Virtual Console service in 2008. The player controls one of five playable snowboarders from a third-person perspective using a combination of buttons to jump and perform tricks over eight levels. The player will find 6 downhill slopes and a half-pipe as courses, several characters to choose from, and be able to perform more than 25 tricks. After choosing a character and a board among the available eight, the player can compete in a variety of events 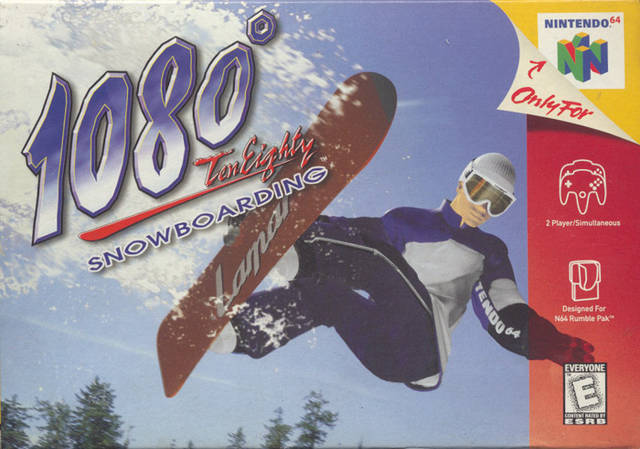