Pokemon XD is a sequel to the role-playing game Pokemon Coliseum. You'll play as Michael, a Pokemon trainer who is trying to thwart the evil Cipher. Cipher plans to control the world by using the powerful, but unpredictable, shadow Pokemon. Now you must fight back by collecting your own shadow Pokemon and beating Cipher's goons in battle. Pokemon XD also lets you import Pokemon from Game Boy Advance Pokemon games and participate in head-to-head battles with other players. 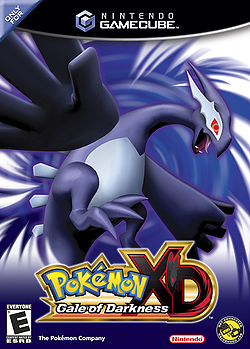