World of Final Fantasy is a role-playing video game in which players take control of twin siblings Lann and Reyne as they navigate the world of Grimoire. In Grimoire, all the characters and monsters encountered by the player are rendered in a chibi-style. The exceptions are Lann and Reyne, who can shift at will between chibi form and their true forms. During their travels, Lann and Reyne befriend various monsters called Mirages that they can utilize both in battle and within the navigable environment: examples of this usage include riding larger Mirages as mounts or using them to navigate environmental puzzles. The game's battle system makes use of the Active Time Battle (ATB) system employed by multiple Final Fantasy games. In battle, players control a party of Mirages which can be stacked upon each other to grant various boons in battle while decreasing the number of turns that can be taken. The types of Mirages used affect the party's available skills and abilities in battle. Mirages are befriended in battle after they have been sufficiently weakened, and once in the party can be freely named. In addition to standard Mirages are special Mirages that can be temporarily summoned into battle using Action Points (AP): the Mirage remains in battle, replacing the main party, until the summoner's AP is depleted. 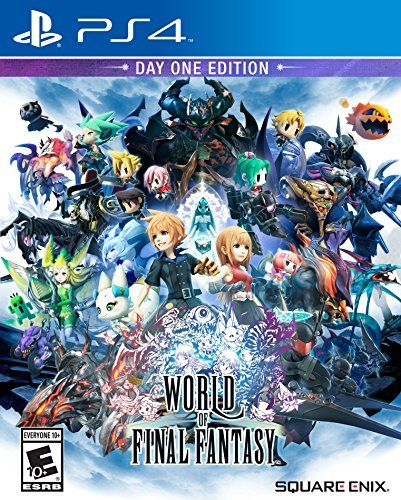