Grow Home is an adventure game played from a third person perspective. Players control a robot named B.U.D. (Botanical Utility Droid), and are tasked with oxygenating its homeworld by growing and climbing a "Star Plant", a giant beanstalk, and harvesting its seeds.[4] Players are able to freely explore an open world, and have the ability to individually make B.U.D.'s left and right hands grab, with a button for each hand. The player can reach a small distance and grab onto any part of the environment, allowing them to push and climb objects. Throughout the game, B.U.D's ship computer, entitled M.O.M., speaks to the player, informing them of gameplay objectives. 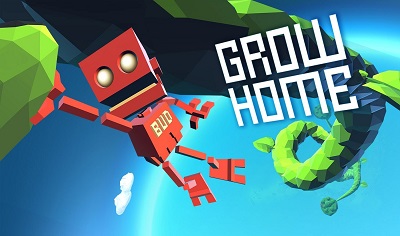