Banjo-Tooie is a platform and action-adventure hybrid video game developed and published by Rare in 2000 for the Nintendo 64 as a part of the Banjo-Kazooie series. It was first titled 'Banjo Katooie', however this name was scrapped early in the development phase. The game is the successor to Banjo-Kazooie and was one of the most anticipated sequels for the Nintendo 64. The game's story takes place two years after Banjo-Kazooie. The antagonist, Gruntilda Winkybunion, and her sisters, Mingella and Blobbelda, are planning to restore Gruntilda's body to its original form. Banjo and Kazooie must stop them before it is too late. 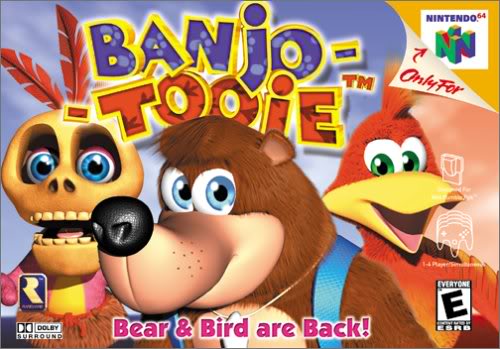