The Shinobi master of stealth and the lethal ninja arts is back, bigger and deadlier than ever! Joe Musashi's sworn enemy, the Neo Zeed, grips the city in a vicious crime ring. Shadow Master, a super ninja cloned from Joe's own bloodline, controls the Zeed's savage army of bio-ninjas. Musashi has no choice but to annihilate them all! 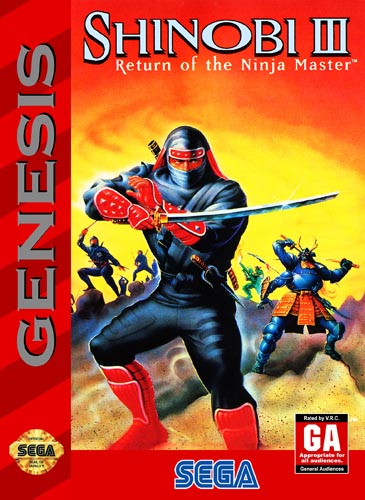