Horizon Zero Dawn is an action role-playing game in which players take control of Aloy, a hunter and archer, as she progresses through a post-apocalyptic land which is ruled by mechanized creatures, such as robotic dinosaurs. The game is set in a future 1000 years from the present, in which human civilization has long abandoned Earth due to the world being dominated by robotic creatures, which have since become the strongest creatures in the world. The component of these creatures, such as electricity and the metal they are composed of, are vital to Aloy's survival, and she can loot these creatures' corpses to find these useful resources.

Players can use a variety of ways to kill enemies, such as setting traps like tripwires, shooting enemies with arrows, utilizing explosive and melee combat. Silent takedowns are also available. Players can also craft new items by collecting materials and machines parts found in the world. The game also features an open world, which can be explored by players when they are not completing missions. A dynamic day-night cycle and weather system will be featured, and Guerrilla Games have also stated that the game will feature no loading screens. 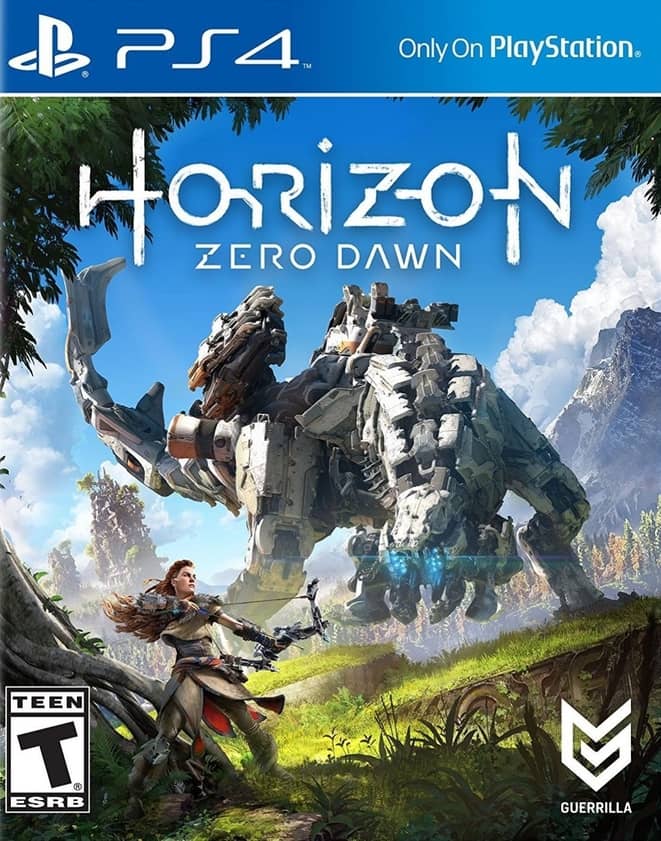