Baten Kaitos Origins takes place 20 years prior to the events of the original Baten Kaitos. Sagi works in an elite military unit that reports directly to a powerful politician, Lord Baelheit. He is joined by Guillo, who, while resembling a mechanized puppet, is actually sentient and animated by magic. At the start of the game, the unit is given a dubious assignment to assassinate the emperor, although the ultimate source of the order is unclear. Before the two have a chance to actually carry out or reflect on the morality of this act, the emperor is killed by a third party.

Blamed for the murder, Sagi and Guillo are forced to flee the city; they meet up with the third member of the party, a young woman named Milly. The three of them must work to clear Sagi's name while trying to uncover the nature of the threat caused by the maneuvering of Alfard's various power-hungry politicians, as they work under Alfard's Quaestor Verus. 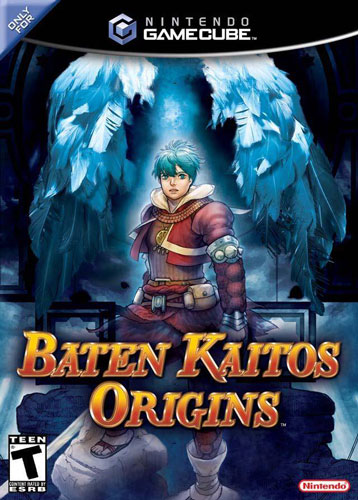