Enter the Matrix is the first video game based on The Matrix series of films. Its story was concurrent with that of The Matrix Reloaded, and featured over an hour of original footage, directed by the The Wachowski Brothers and starring the cast of the film trilogy, produced exclusively for the game. It sold one million copies in its first eighteen days of release, 2.5 million over the first six weeks, and ultimately 5 million copies

Enter the Matrix gives players control of two of the supporting characters from Reloaded and Revolutions, Ghost (Anthony Wong) and Niobe (Jada Pinkett-Smith), members of the same group of rebels as Morpheus, Trinity, and Neo, the protagonists of the series. Niobe is the Captain of the Logos, the fastest ship in the rebel fleet. Ghost is the ship's first mate, weapons guru, and a deep-thinking, philosophical assassin. The game takes place at roughly the same time as the events in Reloaded.

Players play as either Niobe or Ghost, each of whom have slight variations during their story. Most levels involve controlling players in a third-person perspective, using guns and fighting skills to defeat opponents and complete level objectives. At any time, players can activate bullet time (called "Focus" in the game) which slows down time, giving players the ability to perform actions such as shooting in midair and dodging bullets. Some levels involve one on one martial arts fighting against single opponents.

In levels involving vehicles, such as driving a car or piloting the Logos, the style of gameplay depends on the selected player, with Niobe maneuvering the vehicles to avoid obstacles, whilst Ghost takes control of a gun to fight off incoming enemies. A hacking system allows players to enter codes, which can unlock secrets, weapons and skills. 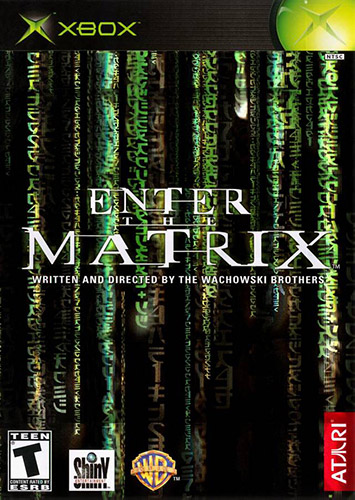