Terraria is noted for its similarity to Minecraft and classic exploration-adventure titles such as Metroid. Basic gameplay features day & night cycles, nocturnal & subterranean attackers, world-building elements, and character advancement. The game has a tile-based graphical style reminiscent of the 16-bit sprites found on the SNES. At character creation, each player has a copper axe, a copper pickaxe, and a copper short sword. They start out with 100 health. When the character first spawns in a new world, an NPC, the Guide, appears nearby to explain the basics of gameplay. 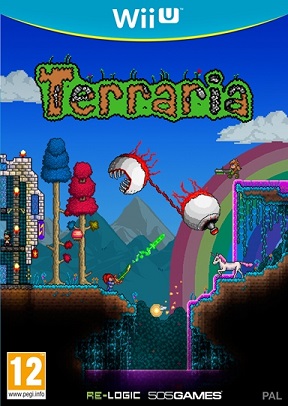