Lollipop Chainsaw is an action hack and slash video game. It focuses on zombie hunter and cheerleader Juliet Starling who fights hordes of zombies in San Romero High School, which Starling had formerly attended. She carries with her the severed, yet still living, head of her boyfriend Nick Carlyle, whom she decapitated after he suffered a zombie bite. The enemy zombies are led by "a group of zombie rock and roll lords" who were former high school students turned into intelligent zombies that each have different personalities, music styles and motifs.

Lollipop Chainsaw is a hack and slash video game, with gameplay resembling Suda51's No More Heroes games. In this game, Juliet has light attacks, which are acrobatic kicks and punches, and heavy attacks which use a chainsaw. The light attacks are intended to herd enemy zombies together so that Juliet can finish them off all at once with heavy attacks. Killing enemies and saving classmates that are being attacked by zombies will fill up Juliet's star meter, used for super attacks. Juliet's boyfriend Nick, a disembodied head hanging from her skirt, can be used for various purposes, including being kicked at enemies by Juliet or being put on the body of a decapitated zombie to gain control of it. When the player completes certain tasks in the game, Juliet's chainsaw will be upgraded. 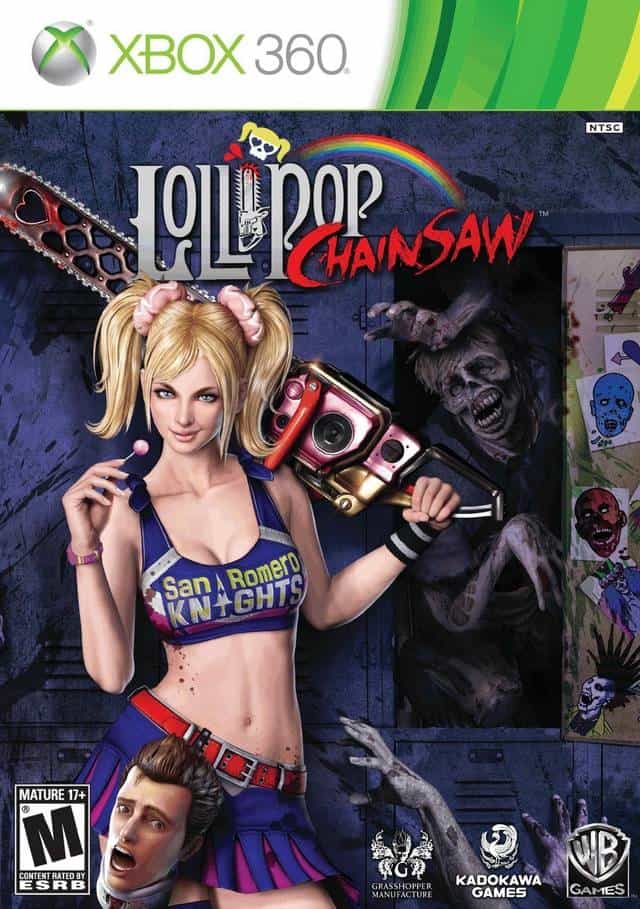