Portal 2 is a first-person puzzle-platform video game developed by Valve Corporation. It is the sequel to the critically-acclaimed 2007 video game Portal and was announced on March 5, 2010, following a week-long alternate reality game based on new patches to the original game. Though initially slated for release in the last quarter of 2010, the game was postponed to the week of April 18, 2011. The game was released by Valve through Steam for Microsoft Windows and Mac OS X, while the PlayStation 3, Xbox 360 and retail Windows/OS X versions of the game are distributed by Electronic Arts. The game's release on Steam was preceded by a second multi-week alternate reality game involving 13 independently-developed titles, culminating in a distributed computing spoof to release Portal 2 several hours early.

The player returns as the human Chell, having been in stasis for several hundred years, while GLaDOS, a rampant artificially intelligent computer, and the rest of the Aperture Science facility has fallen into disrepair. Chell is awakened by the bumbling Wheatley, one of GLaDOS's personality cores, and inadvertently wakes GLaDOS; GLaDOS is immediately displeased at Chell's return and begins testing her again through numerous chambers as she rebuilds the dilapidated facility. With a larger story, Valve introduced additional characters, including Wheatley, voiced by Stephen Merchant, and recordings of Aperture Science CEO Cave Johnson, voiced by J.K. Simmons. Ellen McLain returns to voice GLaDOS. Additional music from Jonathan Coulton and The National appear in the game in response to players' praise from the first game.

Portal 2 is comprised of a series of puzzles that must be solved by teleporting the player's character and simple objects using the "portal gun", a device that can create inter-spatial portals between flat planes. Other gameplay elements were added to Portal 2, including tractor beams, laser redirection, and special paint-like gels, taken from the Independent Games Festival-winning DigiPen student project Tag: The Power of Paint, that imparts special properties to objects it touches, such as increased momentum. Portal 2 also includes a two-player co-operative mode in which the player-characters, the robots Atlas and P-body, have become self-aware due to GLaDOS' influence and using their own individual portal guns, must work together to complete each level.

Portal 2 was universally praised by critics, citing the dialogue and comedy as stand-out elements from the game and applauding the voice work of McLain, Merchant, and Simmons. 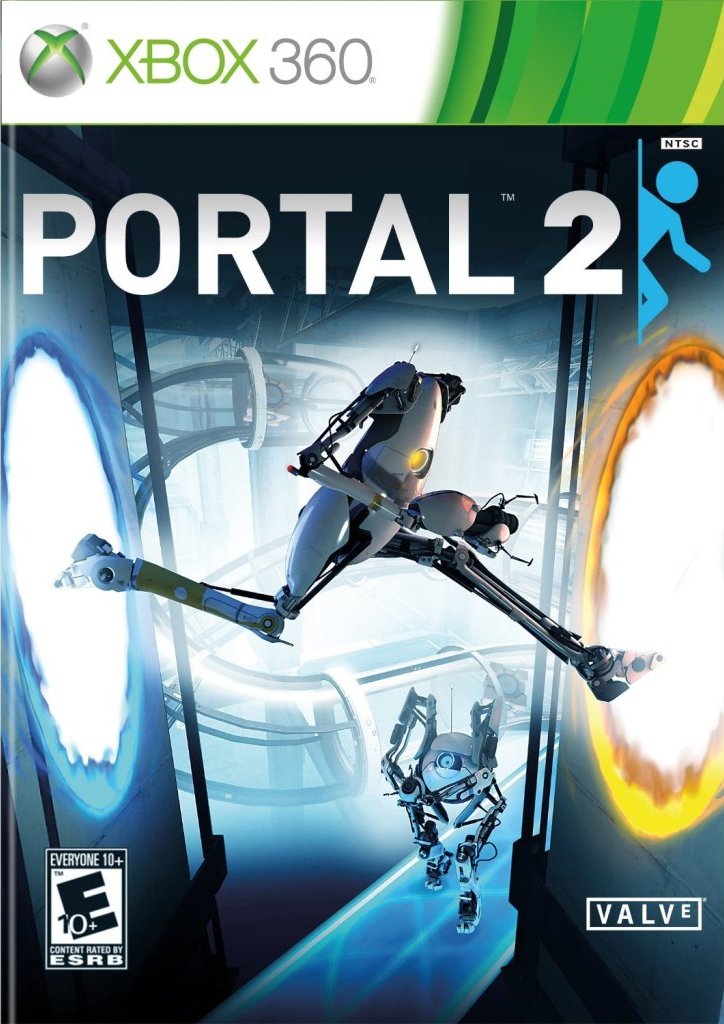