Samurai Kid deals with a country known as Hinomoto that was once a normal place. However, one day, the peaceful country found itself under attack by the cruel Demon King and his army of ghouls and ghosts. There was a small problem with the Demon King's plans, though . He didn't think that the prince of Hinomoto, Homuramaru (your hero), and his friends Hide (a monkey) and Yasu (a raccoon) would embark on a quest to defeat him and turn Hinomoto back into the peaceful place it once was.

You have three different weapons, a magic gourd which lets you turn your enemies into blocks, a Katana for destroying enemies and blocks, and a giant fan to lure enemies to certain spots. You will also find special items to solve puzzles too, like helicopter plants, drills, magnets, lasers and bombs.

You can also gain special abilities. You can find heart containers to increase your maximum life as well as four heart pieces which will increase your maximum life too. You will gain super strength to push large blocks as well as the ability to walk on electric platforms. You'll be fighting large versions of enemies too that can only be bested with upgraded versions of your standard three weapons. Items can be obtained whenever you beat a regular stage or if you decide to tackle one of three bonus stages. 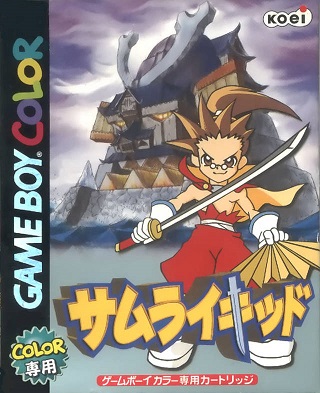