The most awesome intergalactic adventure ever! To the kids at school, you're 8-year-old Billy Blaze. To alien enemies in the galaxy you're superhero Commander Keen and it's up to you to save the Earth from destruction. As you put on your brother's football helmet you'll blast away on your Megarocket to space-worlds far away from home. Your mission: Face off against intergalactic creatures, recover the lost plasma crystals and save humanity - it's all in a days work. Created by the game masterminds at id Software, Commander Keen in the ultimate outer space blast-a-thon! 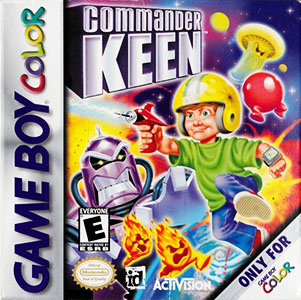