Counter-Strike (sometimes differentiated as Counter-Strike 1.6) is a tactical first-person shooter video game developed by Valve Corporation which originated from a Half-Life modification by Minh "Gooseman" Le and Jess "Cliffe" Cliffe. Counter-Strike pits a team of counter-terrorists against a team of terrorists in a series of rounds. Each round is won by either completing the mission objective or eliminating the opposing force. 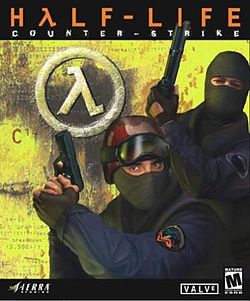