From the days of the PS one, this downloadable game allows you to play the classic original on your PSP handheld system or PS3 home console.

• 12 fierce Street Fighters in all: 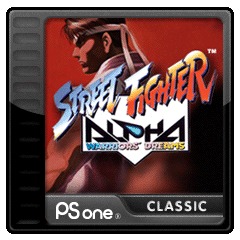