Metal Combat: Falcon's Revenge is a mecha-themed light gun shooting game released for the Super Nintendo Entertainment System in 1994 produced by Nintendo and Intelligent Systems. It is the sequel to Battle Clash and like its predecessor, it requires the use of the Super Scope peripheral in order to be played.

Like the previous game, Battle Clash, Metal Combat is a Super Scope-based light gun game with a one-on-one, all boss battle format. The player has an ordinary blaster which can be charged as well as access to an array of limited-use special items. In addition, the player can choose between two STs, the Falcon and the Tornado. The Falcon is piloted by Mike and the Tornado is piloted by a female character named Carol Eugene. The gameplay changes slightly based on the pilot chosen. Metal Combat also features a tutorial mode, in which a female character named Rola assists in the player character's training. 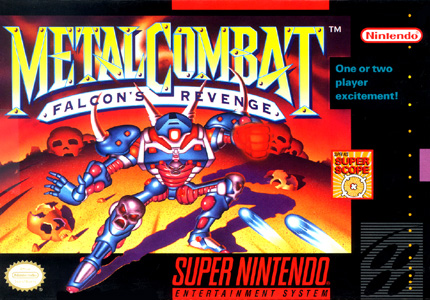