Fable is an action role-playing open world video game. The Lost Chapters features all the content found in the original Fable, as well as additional new content such as new monsters, weapons, alignment based spells, items, armor, towns, buildings, and expressions, as well as the ability to give children objects. The story receives further augmentation in the form of nine new areas and sixteen additional quests. Characters such as Briar Rose and Scythe, who played only minor roles in the original game, are now given more importance and are included in certain main and side quests. Other character-based augmentations include the antagonist, Jack of Blades' voice sounding deeper, harsher and more demonic; and being able to uncover (and resolve) the murder mystery behind Lady Grey's sister. 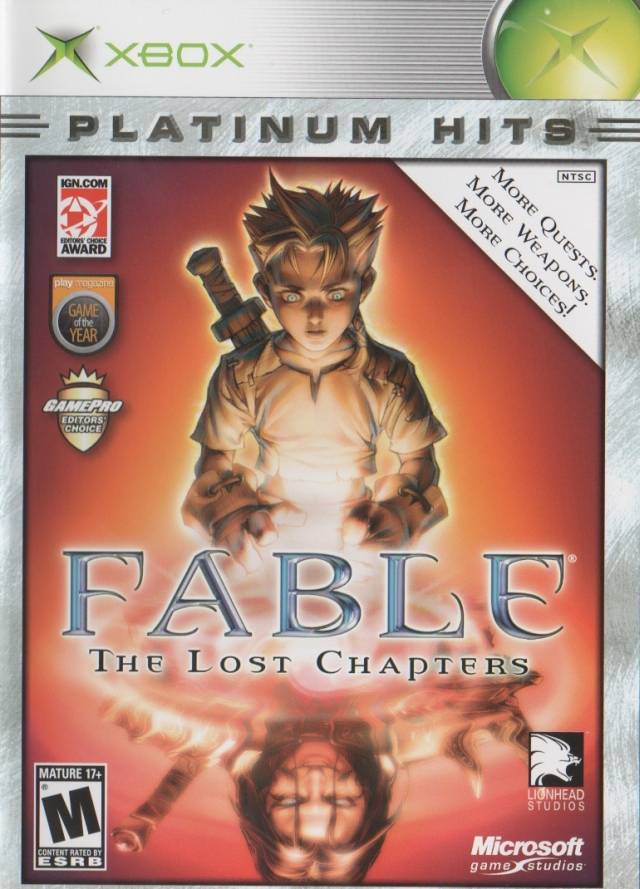