The story is set in the fantasy world of Vana'diel, where player-created avatars can both compete and cooperate in a variety of objectives to develop an assortment of jobs, skills, and earn in-game item rewards. Players can also undertake an array of quests and progress through the in-game hierarchy and thus through the major plot of the game. Since its debut in 2002, four expansion packs have also been released, adding numerous areas, quests, and item rewards to the Final Fantasy XI world.

The events of the game are set 20 years after the Crystal War, when the nations of San d'Oria, Bastok, and Windurst on the main continent of Vana'diel fought and defeated the Shadow Lord and his army of beastmen. A parallel world named Dynamis, in which the beastmen succeeded in conquering Vana'diel, can also be explored. It is described as a dream world created by the Avatar of Dreams, Diabolos. 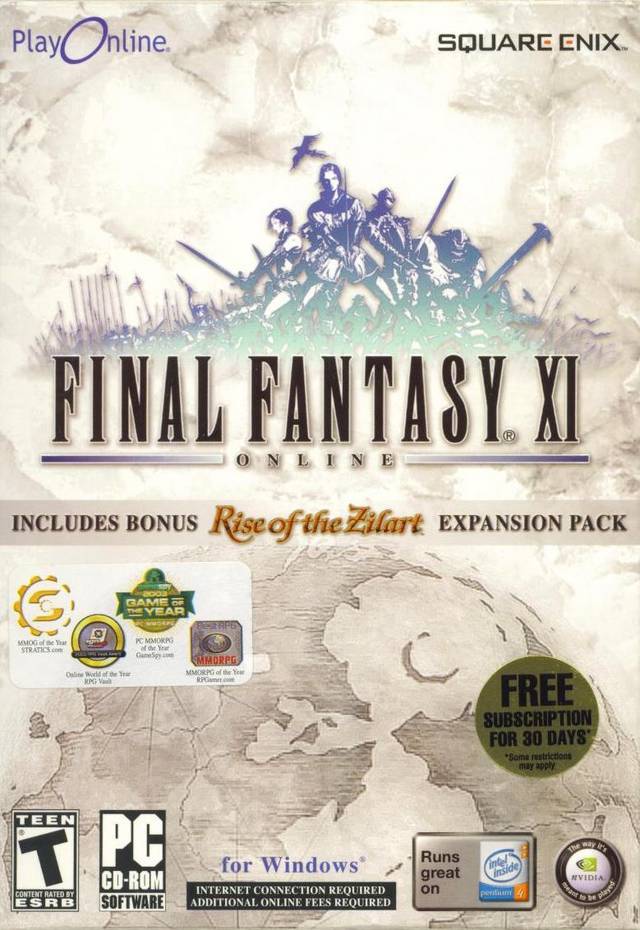