Fire Emblem Heroes is a free-to-play tactical role-playing game developed by Intelligent Systems and Nintendo for iOS and Android devices. The game is a mobile spin-off of the Fire Emblem series and was widely released on February 2, 2017.

Beginning with a grid map that measures 8x6, players are able to summon characters from the Fire Emblem series to attack opposing enemies. Players are free to create a team of up to four heroes to progress through the story or fight against other players' teams.

The game's currency is known as "orbs", which can be used to acquire new heroes. Missions costs are between one and 23 stamina to play while stamina is recovered at a rate of one point per five minutes, with a maximum of 50 stamina. Orbs are either earned by completing in-game activities or with in-app purchases. Orbs can also be used to cast 'Light's Blessing' which heals all of the player's units, revives any of the player's defeated units, makes all activation skills ready to activate and allows a player's team to fight again; in addition, orbs can be used to permanently increase experience gained or to replenish stamina. 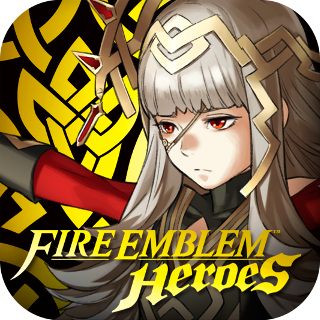