In December, 1988, two unlikely figures from the Yakuza world, Kazuma Kiryu of the Kantō region and Goro Majima of the Kansai Region, have suddenly found themselves getting involved in the terrible events of the so-called "Empty Lot" dispute, which is the centrepiece of power struggle for all the dark organizations across Japan. In order to find out the truth behind such a power struggle, as well as maintain their own innocence and safety, they set out to investigate all the events surrounding the "Vacant Lot" incident.

In Kamurocho, Kiryu is suspected of murder after the man that he has collected money from winds up dead in a piece of real estate that is hotly contested. Kiryu's boss, Sohei Dojima, offers a promotion to second-in-command of the Dojima Family to whomever can find the deed to the land and thus the most ruthless members go after Kiryu. On the run, Kiryu must prove his innocence thus keeping his foster father from facing retribution for introducing him into the clan.

In Osaka, Goro Majima runs a cabaret club after being exiled from the Tojo Clan due to the Ueno-Seiwa hit years earlier. Despite his club being highly successful, he realizes it's nothing more than cage as he's under constant surveillance. One day, he's offered the chance to redeem himself by assassinating a target. He takes the job, but can't go through with it when he realizes his target is in fact a defenseless blind girl. He decides to protect her instead and find out why she's being targeted. 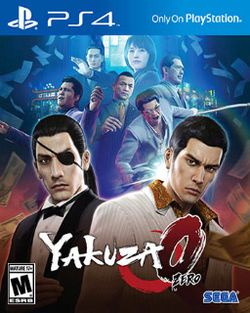