WWE WrestleMania XIX is a professional wrestling video game released exclusively for the Nintendo GameCube by THQ in 2003. Based on the professional wrestling promotion World Wrestling Entertainment (WWE), it is the sequel to WWE WrestleMania X8. The roster consists of around forty WWE wrestlers from the period between 2002 to 2003, as the WWE was beginning to shift its momentum from the Attitude Era into what was known as the Ruthless Aggression Era.

Unlike the previous game and other contemporary WWE games, WrestleMania XIX does not feature a conventional story/career mode in which players control a particular wrestler in a series of matches. Instead, the game features "Revenge Mode" a mission-based mode in which players try to achieve certain goals in various locations outside of the ring. Most of the background music of the game were also in both the Xbox game WWE RAW 2 and the PlayStation 2 game, WWE SmackDown! Here Comes the Pain 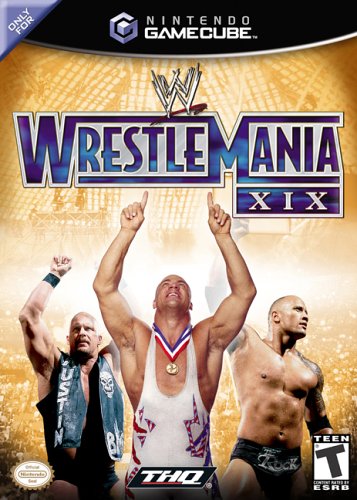