WWE Day of Reckoning is a professional wrestling video game released for the Nintendo GameCube console in 2004. The game is based on World Wrestling Entertainment and many of the wrestlers who were on the WWE roster at the time of release were included as player characters. The game also features the option to create wrestlers.

The game's single player mode involves the player guiding a created wrestler through the ranks as a rookie and into main event stardom on either of WWE's brands RAW or SmackDown!.

The game was followed by a sequel released in 2005, WWE Day of Reckoning 2. 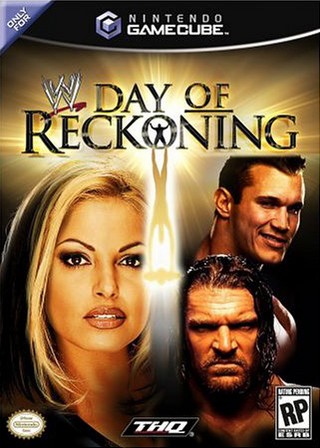