WWE Day of Reckoning 2 is a video game released on the Nintendo GameCube console by THQ. The sequel to WWE Day of Reckoning, it became a "Player's Choice" game on July 5, 2006. The soundtrack features music by industrial metal group A Dark Halo, who performed two songs in the game including its theme song "Burn It All."

Day of Reckoning 2 features improved graphics over its predecessor, a new strategy-based submission system, and a storyline that allows the player to choose paths. This game was the last wrestling and/or WWE video game to ever be released for the GameCube and the first WWE game to feature Stone Cold Steve Austin as a legend along with the PlayStation 2 game, WWE SmackDown! vs. Raw 2006. 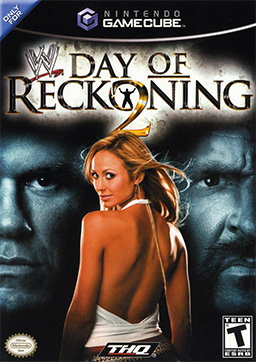