Tetris goes 3D! The game uses a three-dimensional playing field as opposed to the traditional two dimensions more generally used. The player not only rotates the playing piece horizontally, but vertically as well which means that the piece has four possible directions in which to move. The game features three different ways to play: Center Fill, 3D Tetris, and Puzzle. In addition, each of the three allows players a choice of difficulty between easy, medium, and hard. Puzzle mode broke with the traditional Tetris formula. It required players to build a certain shape using a diagram provided in the game.

Tetris 3D was the last Virtual Boy game to be released. 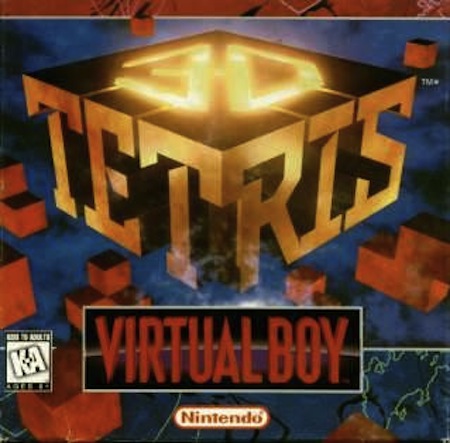