Originally bundled with the Virtual Boy, Mario's Tennis is a sports game in which the player controls one of seven different Mario characters and engages in tennis matches. The action on the court is viewed from directly behind the player character. The Virtual Boy stereoscopy allows the player to perceive depth, which allows him to effectively track the ball as it is struck back and forth across the court. 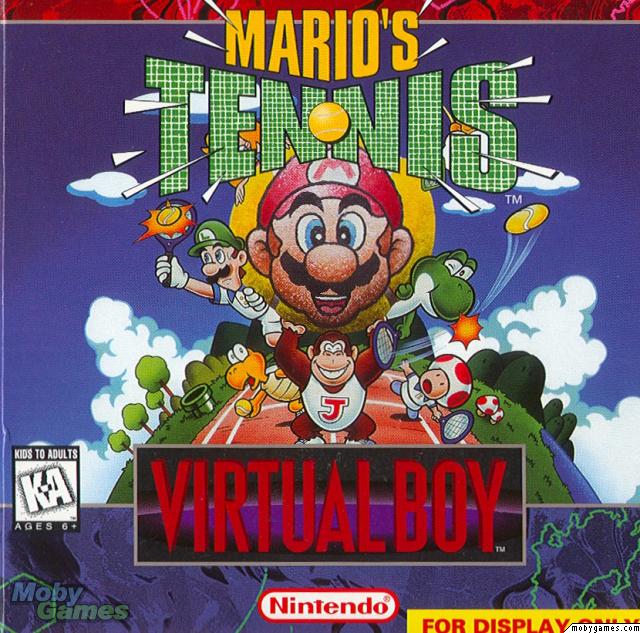