Road Rash II was released in 1992 exclusively for the Sega Genesis. The sequel took the engine and sprites from the first game and added more content. The biggest addition was proper two-player modes: "Split Screen" versus the other computer opponents, and the duel mode "Mano A Mano". The races now take place all across the United States: Alaska, Hawaii, Tennessee, Arizona, and Vermont. The list of bikes has been increased to fifteen (separated into three classes, with the later ones featuring nitro boosts), and a chain was added to supplement the club. Progress now requires 3rd or better. Other details include the navigation of the menu screens being considerably easier; and more manageable passwords, being less than half the size of the first game's. 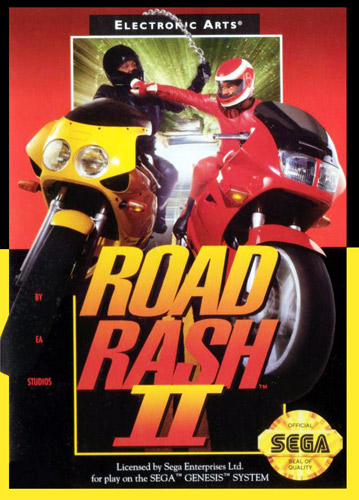