X-Men: The Official Game (also known as X3: The Official Game) is Activision's tie-in video game to the 2006 film X-Men: The Last Stand. The game covers the events of the films X2: X-Men United and X-Men: The Last Stand, specifically following the characters of Wolverine, Iceman, and Nightcrawler. It also bridges the gap between the two films, explaining why Nightcrawler is not present for The Last Stand, and also introduces new foes to the X-Men film canon, such as HYDRA, who FOX didn't own the film rights to. The only further reference to HYDRA in the X-Men film series would be the appearance of Bob, Agent of HYDRA in Deadpool, though the character's ties to HYDRA are not referenced. The game was released on the PlayStation 2, Xbox, Xbox 360, developed by Z-Axis; Nintendo GameCube, ported by Hypnos; Microsoft Windows, ported by Beenox; Game Boy Advance, developed by WayForward Technologies; and Nintendo DS, developed by Amaze Entertainment.

X-Men: The Official Game, along with most other games published by Activision that had used the Marvel licence, was de-listed and removed from all digital storefronts on January 1, 2014. 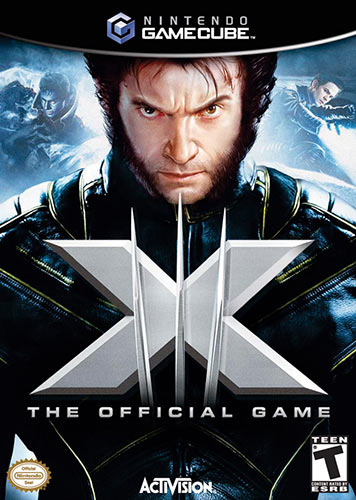