Dave Mirra Freestyle BMX 2 is the 2001 successor to Dave Mirra Freestyle BMX and was developed by Z-Axis and Full Fat and published by Acclaim Entertainment under their Acclaim Max Sports label. It was first released for the PlayStation 2 in August 2001, and in the following months it was ported to the GameCube, Game Boy Advance, and Xbox video game systems. Both the GameCube and Xbox ports featured two extra levels that were not present in the PS2 version.

In the game, players can take on the role of one of 13 top BMX riders, or a number of other characters. Along with the pro riders, there were 3 hidden characters. One of which was teenager, Mike Dias, who won the grand prize in the Slim Jim Sweepstakes getting his likeness put into the game, the Slim Jim man from the commercials, and then Amish Boy, who rode around on a wooden bike and had Amish clothing and a corn cob pipe. Some of the stages included in this game are Woodward Camp, Venice, Greenville, North Carolina, and the Manhattan train yards.

In 2006, Crave Entertainment re-released this game on PlayStation 2 with the Greatest Hits label, under their copyrights and trademarks instead of Acclaim Entertainment since they closed their doors in 2004. 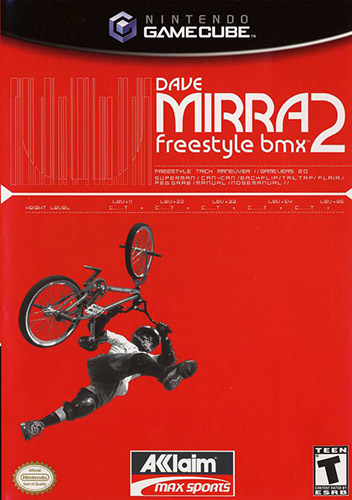