Mat Hoffman's Pro BMX is a BMX video game endorsed by Mat Hoffman and published by Activision. The first game to launch under Activision's short-lived Activision O2 label, it served as a spin-off to the Tony Hawk's Pro Skater series and competed directly with Dave Mirra Freestyle BMX. Despite a planned release in fall of 2000, the game was released on May 14, 2001 for the PlayStation and Game Boy Color. Ports were made for the Dreamcast, Microsoft Windows and Game Boy Advance. A sequel was released the following year. 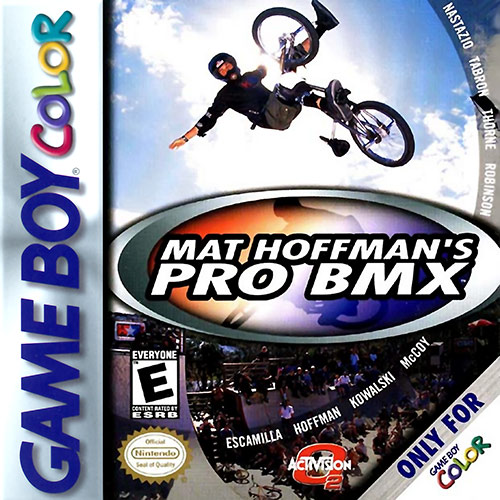