Gears of War 2 is a third-person shooter video game developed by Epic Games with lead design by Cliff Bleszinski, and published by Microsoft Game Studios for the Xbox 360. It is the second installment of the Gears of War series. The game was officially released in North America, the United Kingdom, and Australia on November 12, 2008. The game expands technically on the previous game by using a heavily modified Unreal Engine 3 engine. The development team also brought in comic book writer Joshua Ortega to help write the plot for the game.

In Gears of War 2, The COG continues its fight against the Locust horde, who are attempting to sink all of the cities on the planet Sera by using a big riftworm to eat the ground beneath them. Sergeant Marcus Fenix leads Delta Squad into the depths of the planet to try to stop the worm from eating but instead they discover the true intent of the Locust actions. The player controls Fenix in the main mission campaign, with the ability to play cooperatively with a second player controlling Fenix's best friend and fellow Squad member Dominic "Dom" Santiago. The game includes several existing and new multiplayer modes including five-on-five battles between human and Locust forces, and a "Horde" mode that challenges up to five players against waves of Locust forces with ever-increasing strength. New weapons and gameplay mechanics such as "hockey fights" and the ability to use downed foes as "meatshields" were added to the game.

On its release weekend, Gears of War 2 sold over two million copies, and within two months of release, had sold four million copies. It was the seventh best selling video game of 2009 and received several accolades. The game received similar praise as its predecessor, with the new gameplay and multiplayer modes seen as outstanding additions. 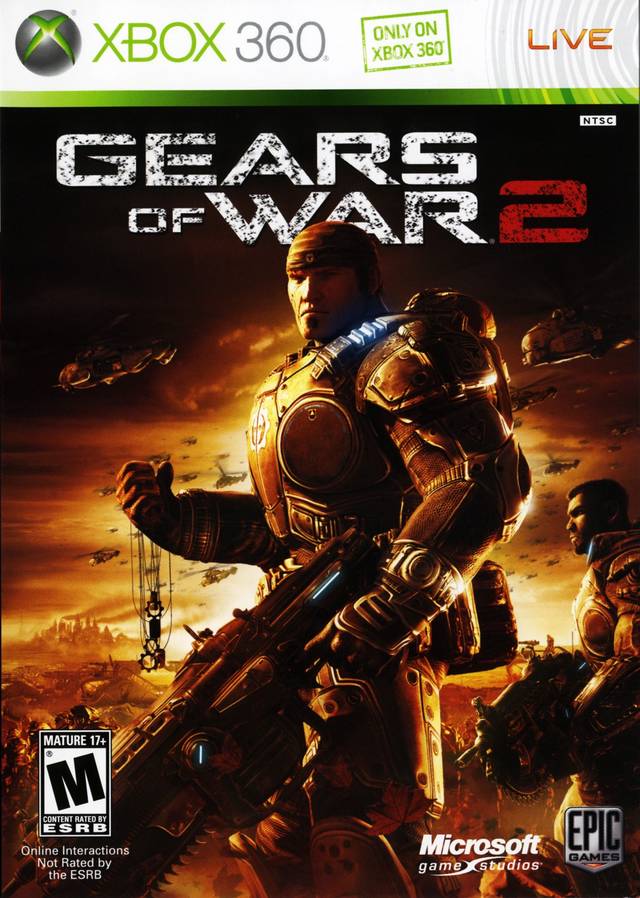