4x4 EVO 2 is a racing video game developed by Terminal Reality for the PlayStation 2, Xbox, GameCube and Microsoft Windows. It is the sequel to 4x4 Evolution and features more trucks, and more racing tracks than the original game.

EVO 2 is racing game in which the general point of the gameplay is to cross the finish line before all of the other vehicles. The courses are primarily in extreme environments such as deserts, canyons, and other off-road locales. Players are allowed to customize their vehicle to their liking with a variety of engine, suspension, wheels, tires, and other aftermarket parts and modifications. 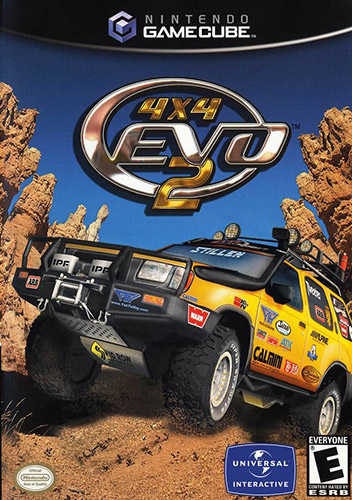