Marvel Super Heroes vs. Street Fighter (Japanese: マーヴルスーパーヒーローズ VS. ストリートファイター Hepburn: Māvuru Sūpā Hīrōzu bāsasu Sutorīto Faitā?) is a crossover fighting video game developed and published by Capcom. It is the sequel to X-Men vs. Street Fighter and the second installment in the Marvel vs. Capcom series. The game was first released as an arcade game in 1997. It then received ports to the Sega Saturn in 1998 and the PlayStation in 1999.

The gameplay and aesthetics of Marvel Super Heroes vs. Street Fighter remain similar to X-Men vs. Street Fighter. Each player selects two characters to compete in a one-on-one tag team fight, attempting to defeat the opposing team. The game replaces most of the X-Men cast from the previous installment with characters from other Marvel properties. In addition, it introduces a new gameplay mechanic known as the "Variable Assist", which would be used in future Marvel vs. Capcom titles.

Much like its predecessor, the game received generally positive reviews for its gameplay, sprite animations, and character roster. The Sega Saturn version, utilizing the 4MB RAM expansion cartridge, was praised for being an arcade-perfect conversion. Due to the memory limitations of the PlayStation, tag team battles were, once again, removed from its port, resulting in more mixed critical reception. A sequel, Marvel vs. Capcom: Clash of Super Heroes, was released in 1998. 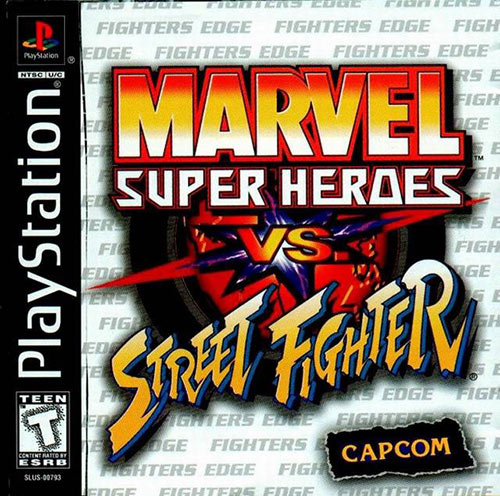