Primal Rage is a versus fighting game developed and released by Atari Games to arcades in 1994. The game takes place in a post-apocalyptic version of Earth called "Urth". Players control one of seven large beasts that battle each other to determine the fate of the planet. Matches feature many of the conventions of fighting games from the era, including special moves and gory finishing maneuvers.

Various ports were released for home consoles and personal computers. Efforts to perfectly emulate the arcade original have been unsuccessful due to an unusual copy protection method that the developers used.

Toys, comics, a novel (Primal Rage: The Avatars by John Vornholt), and other merchandise tie-ins were also produced. 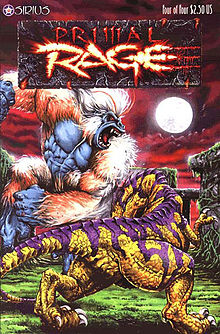