PlanetSide chronicles the efforts of three factions as they fight for territorial control over ten different continents on the planet Auraxis. Players take on the role of individual soldiers fighting for one of the three factions within the game, and can specialize in various fields such as combat vehicle crewman, infantry, invisible infiltrator or a variety of combat support roles such as combat medic or combat engineer. The game is played primarily in a first person perspective, with the option of third-person.

Unlike most shooting games, in which small-scale matches take place in essentially an instanced map, PlanetSide battles can involve hundreds of players in a single fight. PlanetSide battles concern control over territory and strategic points, and can cause repercussions to all three factions. To date, PlanetSide remains one of the few MMOFPS games ever created. 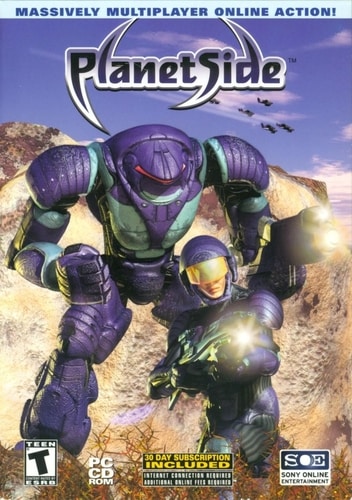