Ms. Pac-Man is an arcade video game from the Golden Age. It was produced by Illinois-based Midway Manufacturing corporation, the North American publisher of Pac-Man. Ms. Pac-Man was released in North America in July 1981, and is one of the most popular arcade video games of all time. This popularity led to its adoption as an official title by Namco, the creator of Pac-Man, which was released in the United States in late 1980. Ms Pac-Man introduced a female protagonist, new maze designs, and several other improved gameplay changes over the original Pac-Man. Ms. Pac-Man became the most successful American-produced arcade game, selling 115,000 arcade cabinets.

The gameplay of Ms. Pac-Man is very similar to that of the original Pac-Man. The player earns points by eating pellets and avoiding ghosts (contact with one causes Ms. Pac-Man to lose a life). Eating an energizer (or "power pellet") causes the ghosts to turn blue, allowing them to be eaten for extra points. Bonus fruits can be eaten for increasing point values, twice per round. As the rounds increase, the speed increases, and energizers generally lessen the duration of the ghosts' vulnerability, eventually stopping altogether. 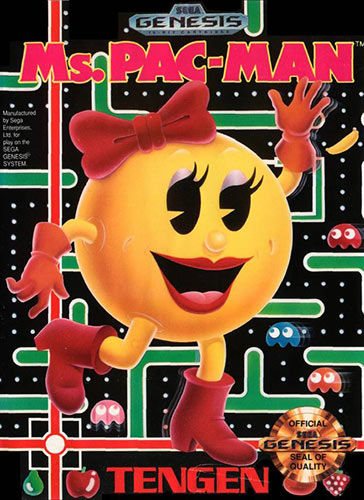