Last Window: The Secret of Cape West, known in Japan as Last Window: Mayonaka no Yakusoku, is an adventure video game developed by the now-defunct Cing and published by Nintendo for the Nintendo DS handheld game console. It is the sequel to Hotel Dusk: Room 215, starring protagonist Kyle Hyde and placed one year after the events of its predecessor.The game has visual and audio styles similar to that of the first game. In Last Window, Kyle Hyde is living in the Cape West Apartments, Los Angeles, in 1980. The story of this sequel is separate from the first game, even though it includes some connections to it.

Like the previous Cing produced game, Another Code: R - A Journey into Lost Memories, Last Window was not released in North America. 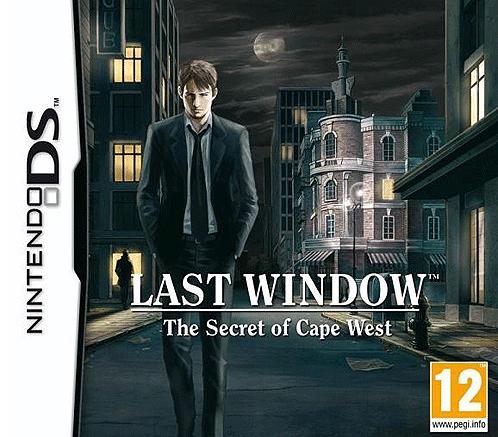