In Midgar, a city controlled by the mega-conglomerate Shinra Inc., the No. 1 Mako Reactor has been blown up by a rebel group, AVALANCHE.

AVALANCHE was secretly formed to wage a rebellion against Shinra Inc., an organisation which is absorbing Mako energy, destroying the natural resources of the planet. Cloud, a former member of Shinra's elite combat force, SOLDIER, was involved with the bombing of the Mako Reactor.

Can Cloud and AVALANCHE protect the planet from the huge, formidable enemy, Shinra Inc.?

The smash hit RPG: Final Fantasy VII, which has sold over 11,000,000 units worldwide, finally arrives on mobile devices! The first Final Fantasy to feature 3D backgrounds and CG movie scenes, this dramatic tale continues to be loved by numerous fans around the world. Battle stages also appear in full 3D for the first time, bringing an even greater sense of awe and spectacle to combat! Customize your characters in any way you like using the fantastic “material” system that allows endless combinations of spells and abilities. This product is a port based on Final Fantasy VII for PC (No changes or additions have been made to the story).

● Play using a simple and comfortable virtual controller designed not to obscure the action, choosing between virtual analogue or fixed 4-way digital control pad options. The opacity of on-screen controls can also be adjusted from the Config Menu.

● Two new features to make play easier and more convenient! Android edition also includes an option to turn enemy encounters off on the world and area maps (will not skip event battles) and a Max Stats command to become all-powerful in the blink of an eye. 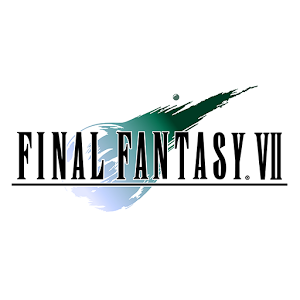