The plot of the game revolves around Alexandra Roivas, who is investigating the mysterious murder of her grandfather Edward Roivas. While exploring his Rhode Island mansion, she discovers a secret room containing, among other odd items, a tome bound with human skin and bone. When she reads this book, The Tome of Eternal Darkness, she experiences a scene in the life of Pious Augustus, a respected Roman centurion in 26 BC. Pious is led by mysterious voices to an underground temple, where he chooses one of three mysterious artifacts. The artifact transforms him into an undead warlock, the Liche, and makes him slave to one of three Ancients, powerful godlike beings whose "Essences" are incarnated as the artifacts. As the plot unfolds, it becomes clear that Pious is attempting to summon his Ancient into this reality, while the powerful fourth "Corpse God" Mantorok is bound on Earth already, apparently helpless to stop it. If this summoning came to pass, the Ancient would feast on the bodies and souls of all living beings, and cast the universe into the horror of eternal darkness. 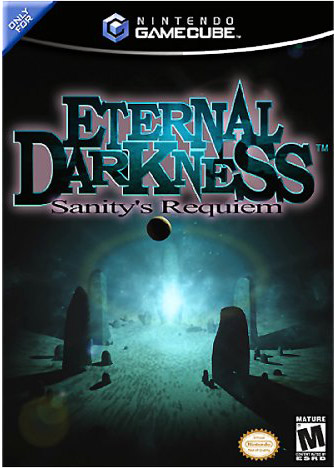